This is the first in what I hope will be a continuing series of updates on OpenSAGE, my C&C Generals re-implementation project.

I've been working on OpenSAGE for about 6 months now. I'm still working on parsing and rendering the basic data files (3D models, maps, etc.). There isn't yet any playable executable. Instead, there's a "Data Viewer" application, which lists all the files found in the Generals (or Zero Hour) installation folder, and lets you view these files. I've found this approach helpful while writing parsers for the various file formats found in Generals. At some point, I'll transition to working on gameplay, and start to build up a playable executable. 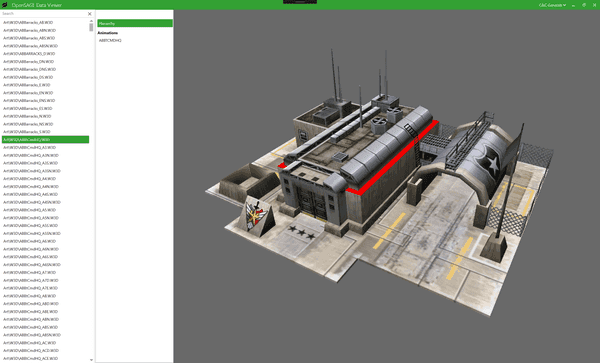 I meant to start writing about this project soon after I started it, but clearly that didn't happen. Instead of trying to list everything I've done in the last 6 months, I'll just start from a week ago, and then try to keep up-to-date from now.

This week, I have:

So, lots of refactoring and internal changes this week.

Next week I plan to work on the GUI. I have a prototype GUI renderer, built on WPF. I plan to rip this out and build a new one based on lower-level drawing APIs (Direct2D on Windows, and later, CGContext on macOS and iOS). Stay tuned!

Although I haven't done any work on maps this week, allow me to finish with a screenshot showing the current state of map rendering: 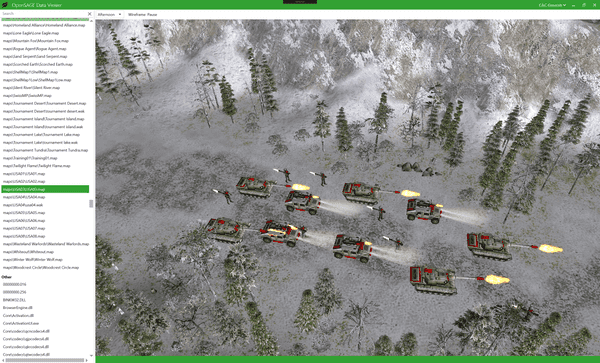