Following on from last week's post, here is what's been happening this week in OpenSAGE.

This week, I have:

In C&C Generals, almost all the UI (i.e. everything except for the 3D bits) is defined in .wnd files. This includes the main menu, the options screen, the multiplayer game setup screen, even the command bar at the bottom of the screen during gameplay.

A WINDOW definition (which is really an element of a window) contains information about size, colour, background image. There are different window types for textboxes, listboxes, etc. Windows can have child windows, so something like the main menu has a large hierarchy of "windows".

I couldn't find any information about .wnd files by Googling, so I had to figure it out the hard way. For example, you can see above that there are references to images (ENABLEDDRAWDATA = IMAGE: SomeImageName). These don't correspond directly to images on disk. Instead, there is a folder of .ini files called MappedImages, and in there you'll find entries like this:

These MappedImage entries contain the actual texture, as well as coordinates within that texture. Most GUI textures contain images for lots of GUI elements, so these coordinates provide the specific rectangle to use for a given GUI element.

I've implemented a .wnd parser, and started on implementing a GUI renderer. Here's where I've got to this week: the basic bits are in place, but I'm not yet rendering text, and there's no mouse or keyboard input yet. 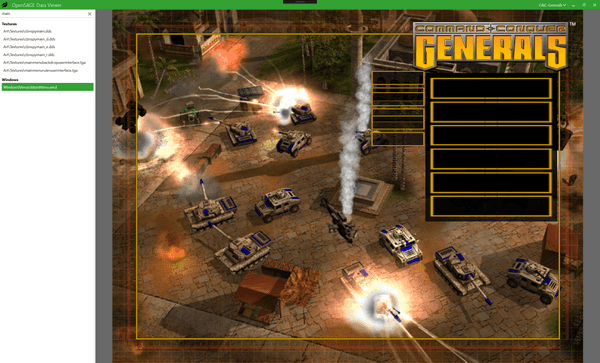 For reference, here is what the same screen looks like in the original game: 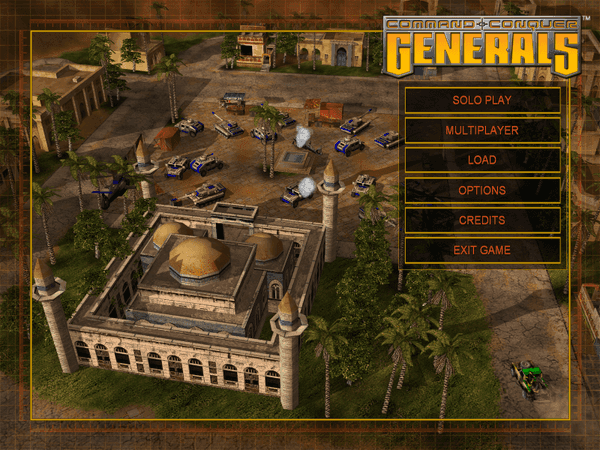 Still plenty of work to do, but it's a start.

Next, I'm planning to finish porting the Data Viewer application to Eto.Forms, and then keep going with GUI rendering.

See you next time!