Figuring out how to render the roads correctly in OpenSAGE turned out to be a little more challenging than expected. This is the third post in a series describing the journey. Last time we found out that the map files only store start and end positions for the road segments, but no information about their connections.

In order to decide which textures we have to draw, we need to build a graph data structure with nodes and edges. That way we can use the number of edges and the angles between them for each node to select a texture for the crossing or curve.

For our test map, this is what the graphs should look like: 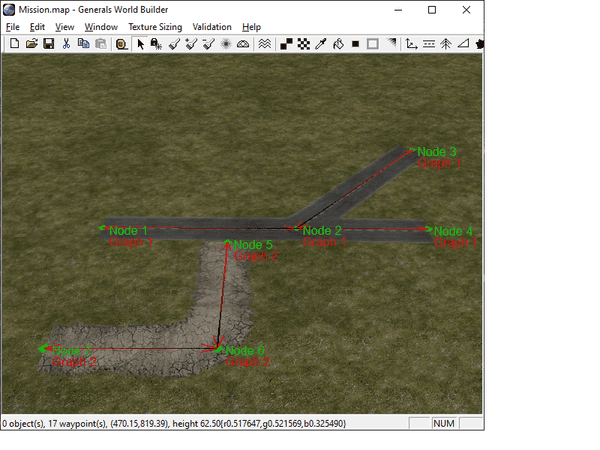 Each node knows its position and the adjacent edges. Each edge knows its adjacent nodes. The following C# classes are used for building this data structure:

We create the graphs by creating a RoadTopologyEdge for every pair of points in the map file. For both endpoints, we either create a new RoadTopologyNode, or we reuse an existing one if we already created one at exactly the same location and with the same type (roads of different types are never connected):

Before we can put our graph data structure to use, there's one more thing we need to consider. In original SAGE, connected road segments are automatically aligned so that the left and right edges of the texture are on the same side for both segments. While this is hardly noticable for normal roads, there are some road types for markings on the ground which contain written words on transparent background: 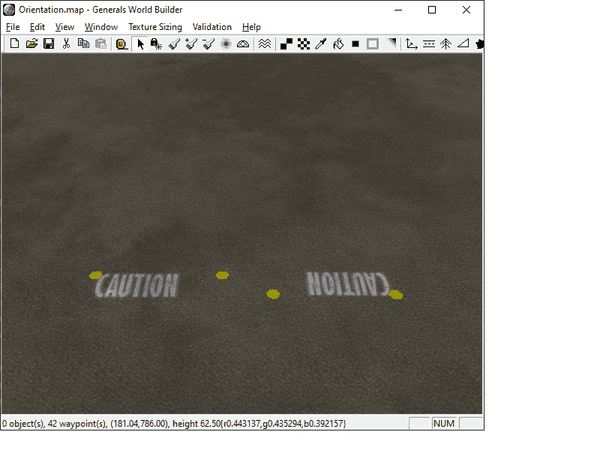 By default, each texture is drawn from the segment's start to its end point, which is why the right one is head first. When we connect the two road segments however, the left segment is rotated by 180 degrees so the two segments are aligned: 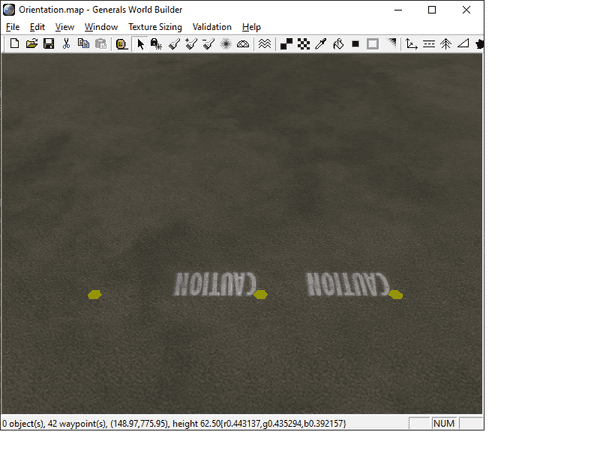 But how does the engine decide which segment should be rotated? What happens when more than two segments are connected? What about cyclic graphs?

It took a lot of experimenting with complex graphs like this one to figure it out: 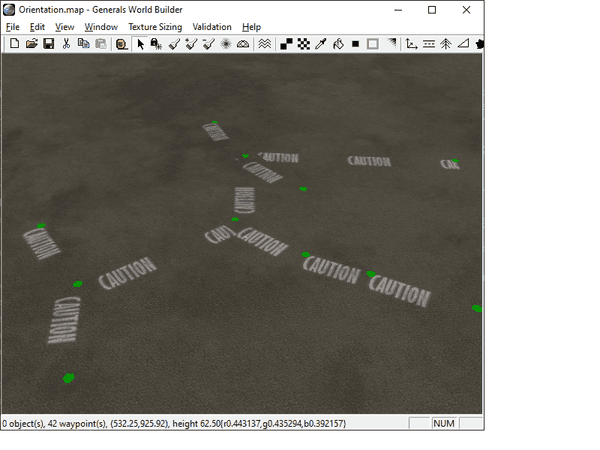 In order to implement that, we need to know an edge's age. Apparently new edges are added to a map at the front of the object list, so we can use an edge's index in the list as its age. We also have to know if an edge was already aligned to another edge, so we added two properties to the RoadTopologyEdge class:

You might have noticed that the actual alignment is done by the method SwapEndpoints, which does exactly what its name suggests:

As you can tell from the comment, there seems to be a bug in the original engine. Normally, when two segment are connected, their endpoints are merged into one. We can then set the corner type for this node as described in part 1. This road type is then stored redundantly in both map objects that make up the two end points of the two edges. When we swap the end points of one of the edges (but not their road types), it can happen that the two edges disagree about the corner type. This can also be seen in World Builder: 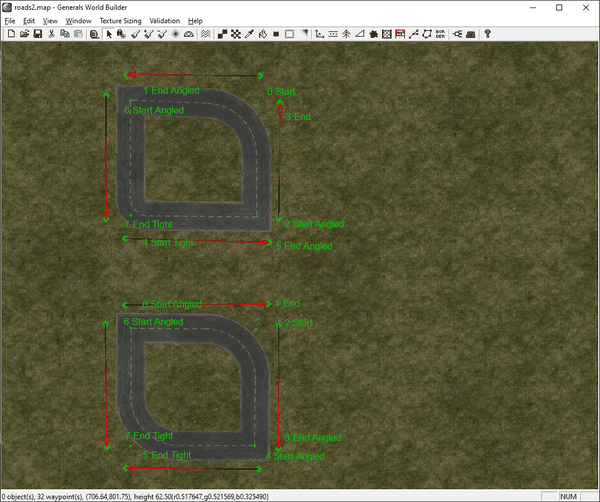 The labels show the corner types of the segment end points, the arrows show the segment directions (start to end). In the lower graph, one edge has an opposing direction and thus is rotated by the alignment algorithm. This causes the lower left corner to be incorrectly rendered as a broad curve (the default value), even though both edges say it should be a tight curve.

We'll have to keep that in mind for when we start rendering curves. Before we can do that though, we need to render straight road segments. In fact, we'll start doing that in the next post.