Figuring out how to render the roads correctly in OpenSAGE turned out to be a little more challenging than expected. This is the ninth post in a series describing the journey.

As we discovered in part 1, there are three ways of connecting road segments:

We can already draw angled connections since part 5, so now let's examine some broad curves: 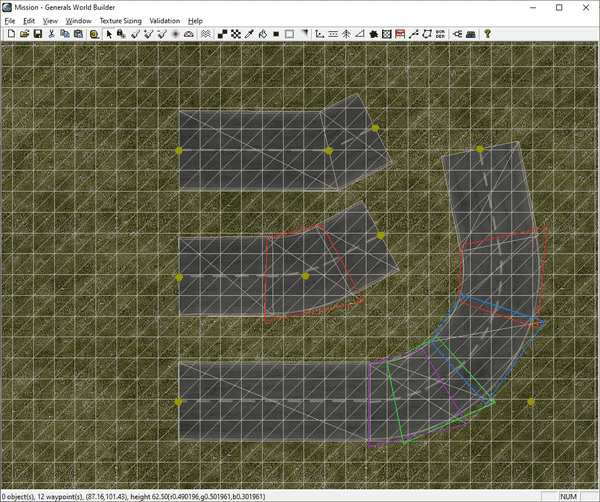 Let's start by calculating these new endpoints - the points between which we'll render the curve.

The curve can also be seen a as a segment of a circle. The radius is a fixed multiple (3.5 for broad curves, 1.28 for tight curves) of HalfRoadWidth (which can be calculated by RoadWidth * RoadWidthInTexture / 2). 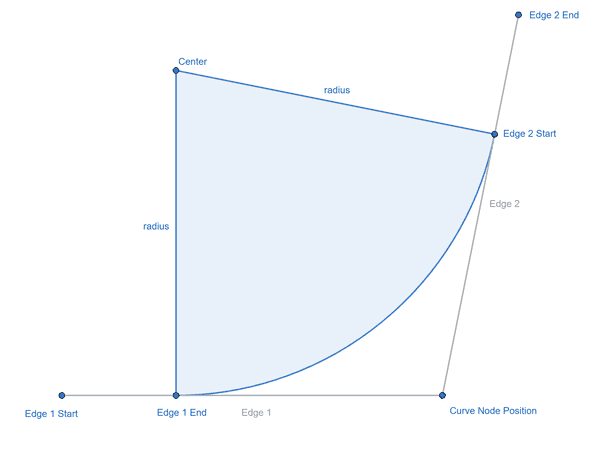 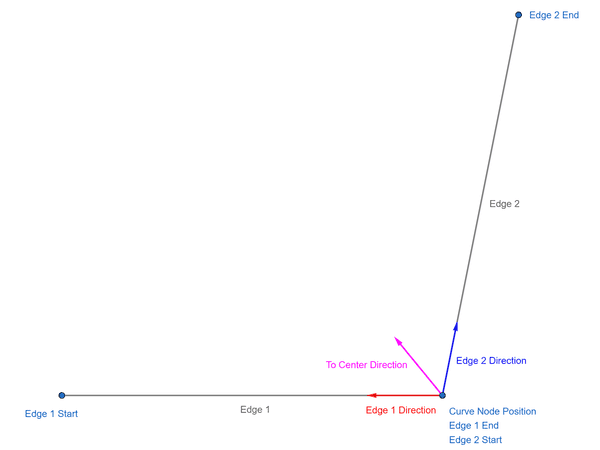 The length can be easily calculated as radius / cos(α / 2) with α being the curve angle. 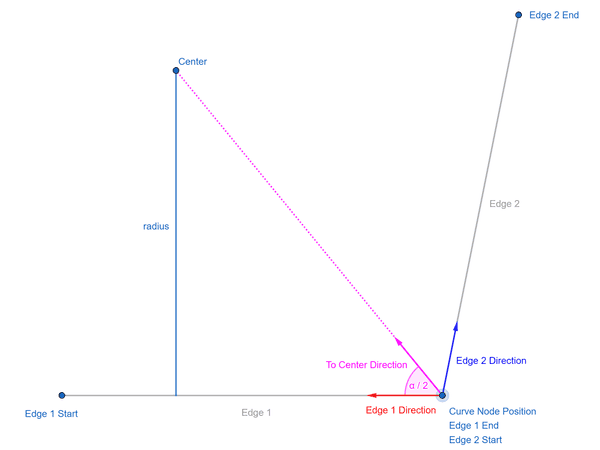 Once we know the vector to the center, we can project it onto the original edge direction vectors using the dot product to get the end points: 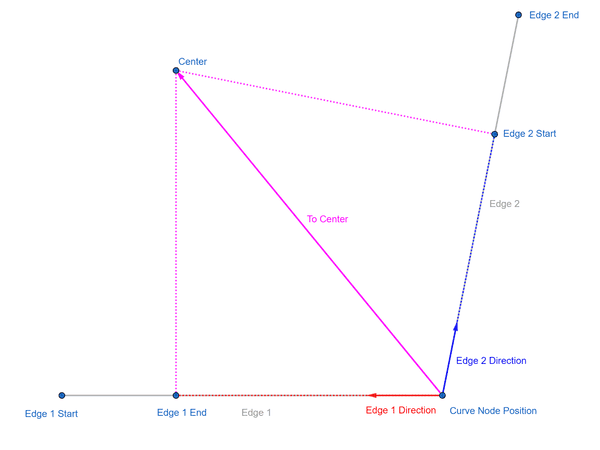 Now we need to generate the overlapping quads. Just as for the other road types, we need the world coordinates as well as the texture coordinates for the points defining the quads.

The original engine's quads are neither symmetric nor in any way intuitive to figure out. Besides, they don't seem to work that well anyway: 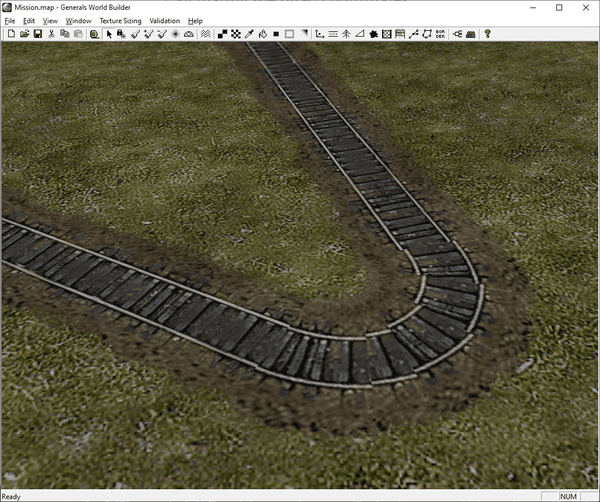 So let's not waste time trying to replicate them. Instead, we can try to come up with our own quads. Consider the following image: 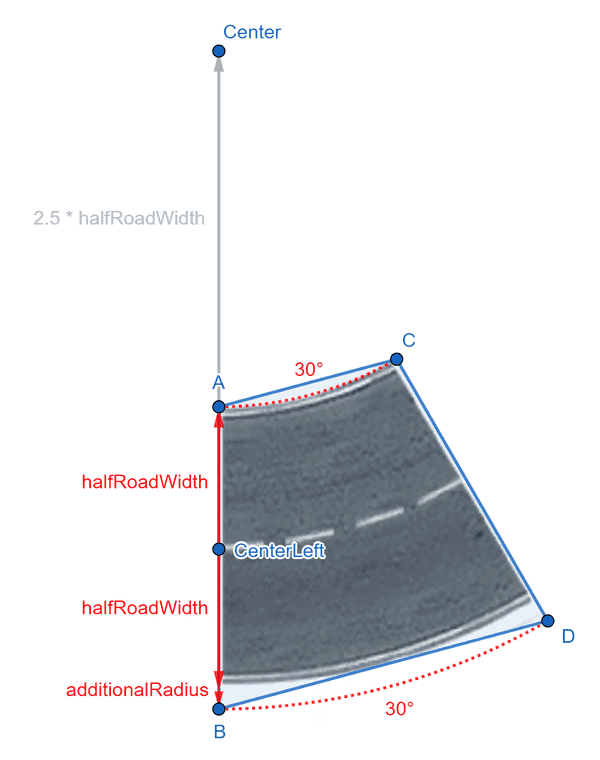 B needs to be further down than just halfRoadWidth. The part labeled additionalRadius can be calculated using a 15° triangle as follows: 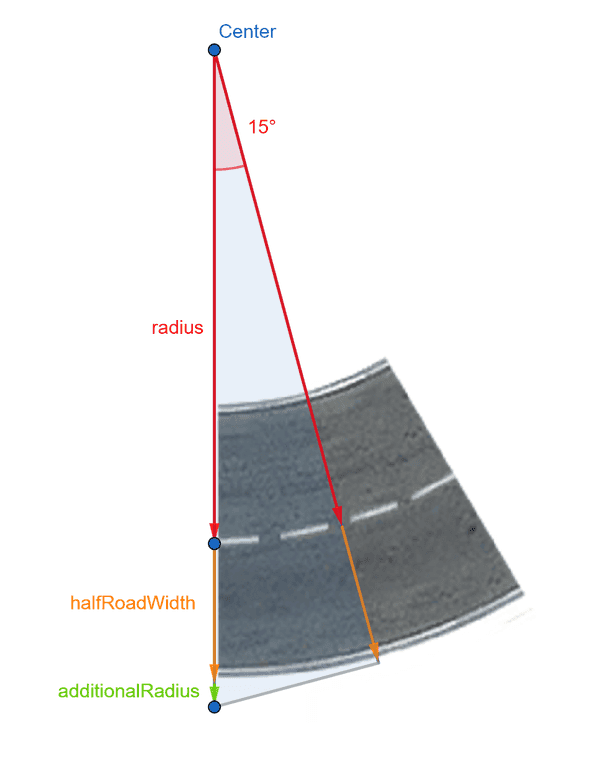 We can use these formulas for both the world coordinates and the texture coordinates.

Now all that's left to do is generating the right number of quads based on the curve angle. Some textures don't fill the entire quad, which is why we need the quads to overlap slightly.

Tight curves work just the same, the only difference is the smaller radius (1.28 instead of 3.5). 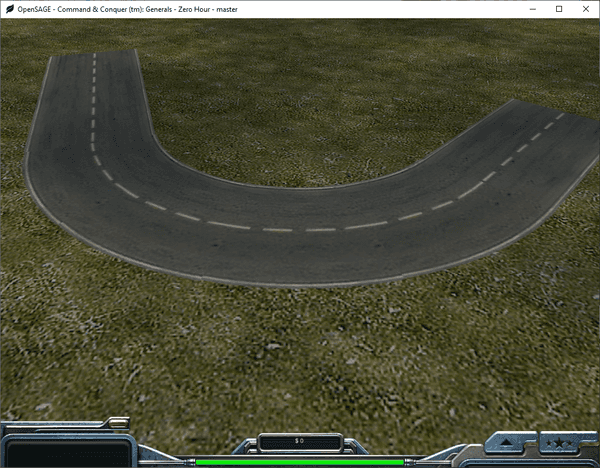 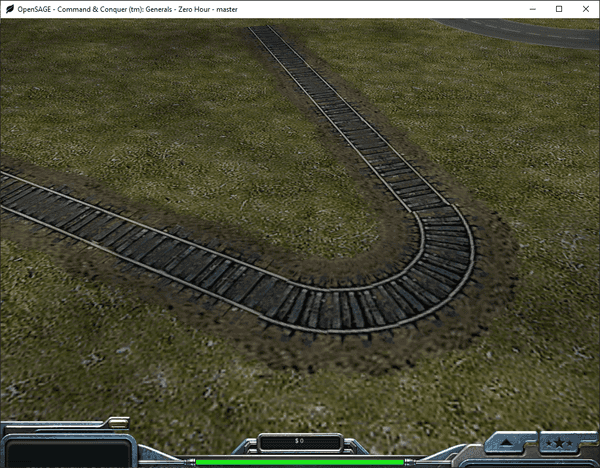 We can now render all road types except the end caps!

There's one elephant in the room, though, that we ignored so far: We don't consider the terrain height yet.