Figuring out how to render the roads correctly in OpenSAGE turned out to be a little more challenging than expected. This is the eleventh post in a series describing the journey.

In the last post we took care of uneven terrain. All that's missing now are the end caps that can be added to straight road segments so that they "fade out" instead of ending abruptly.

At first glance, that doesn't look too difficult, we just need to figure out the world and texture coordinates. We know how to do that by now, and that alone would hardly warrant an extra post.

However, the checkbox says "Add end caps and/or Join to different road" and this is where things get interesting: When a road with an end cap ends near another road (of a different type), the end cap is rotated so that it forms a 90° angle with that other road. The straight road segment it belongs to is modified accordingly (just like for angled connections).

As you can see in the animation, this can lead to strange visual artefacts when the angle between the two roads becomes too small.

First, we need to find out if there is any road segment our end cap can join. We do that by looking at all straight road segments (joining curves or crossings does not work in the original engine).

Let's start with a road segment, an end cap position and a direction of the end cap's segment. When the position is near enough, the end cap rectangle (green) is rotated to match the road segment and we need to calculate the angle α. 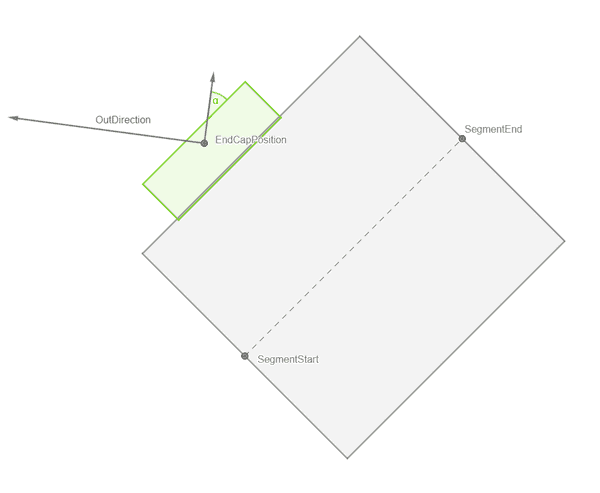 We have to check if the position of the end cap node is within the road segment (plus a little margin). 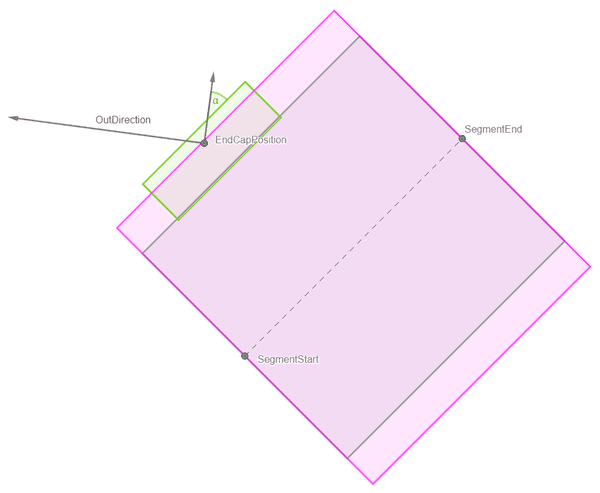 We know the segment direction. It's normal vector is the direction to the corner. The length to the corner is half a road width (RoadWidth * RoadWidthInTexture / 2). The additional length of the margin appears to be RoadWidth / 10. 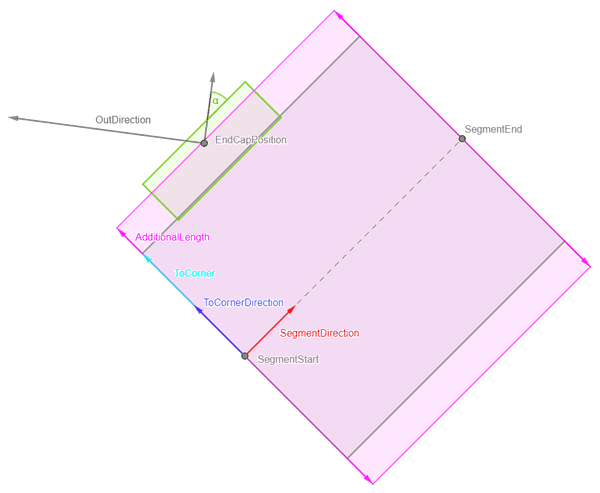 Once we know the corner positions of that rectangle, a quick way to eliminate most of the join candidates is by checking if the end cap position is within the axis-aligned bounding box. 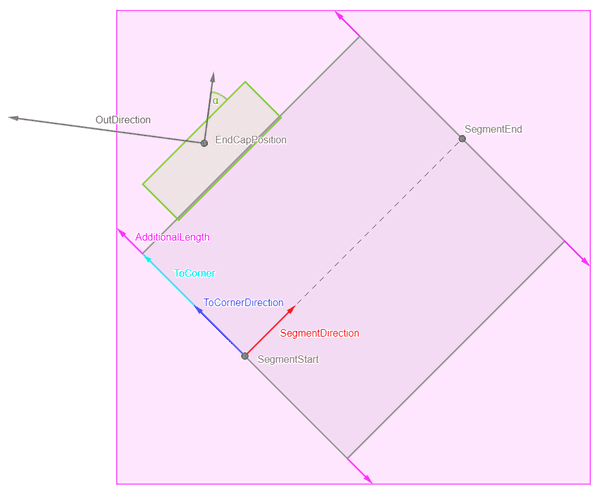 If it is, we need to check if it actually is within the rectangle. We calculate the vector StartToPosition from the segment start position to the end cap position. The cross product of this vector and the SegmentDirection gives us the normal distance of the end cap position. Using the dot product, we can project StartToPosition onto SegmentDirection to get the SignedDistanceFromStart. 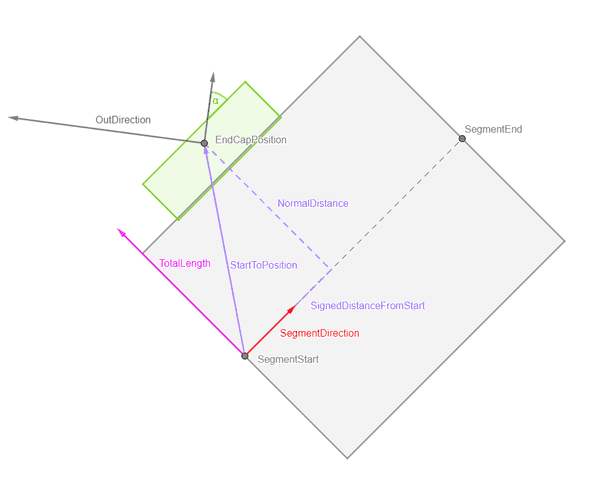 If the normal distance is less than TotalLength and SignedDistanceFromStart is between 0 and SegmentLength, then the end cap position is within the rectangle and we can calculate the angle α using trigonometric functions.

The end cap quad's length is 0.375 * RoadWidth, although it partially overlaps the road segment it belongs to (by 0.13 * RoadWidth). The default end cap width is 1.064 * RoadWidth. Probably RoadWidthInTexture should also be considered here, but it isn't in the original engine.

However, as you can see in the animation above, when an end cap joins another road, it gets wider depending on the angle. We can calculate the actual width by dividing the default width by the cosine of the angle we calculated before.

The texture coordinates are just some more magic numbers:

And now we can render the end caps: 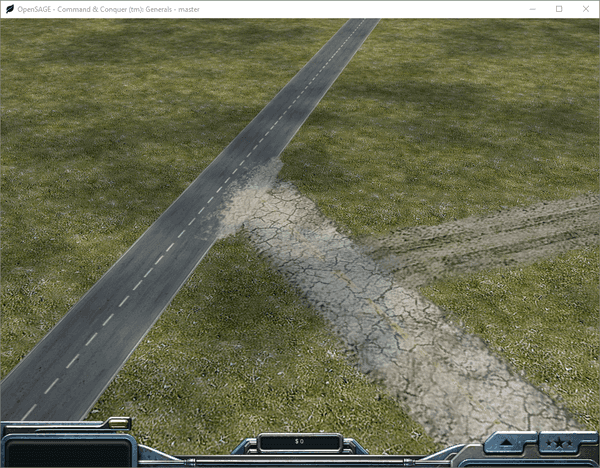 Let A, B and C be different roads with this default order: A, B, C.

Of course, there can be cycles (e.g. A > C, C > A). As there is only one global order, it is impossible to draw all end caps above the joined roads in such situations.

When it's written down like this, the algorithm doesn't look too complicated, but figuring out how it works just by examining different road joins proved to be quite difficult, as the outcome depends on the creation order of the roads. And while it may seem like an insignificant detail to get right, not getting it right could have quite an impact on the visuals: 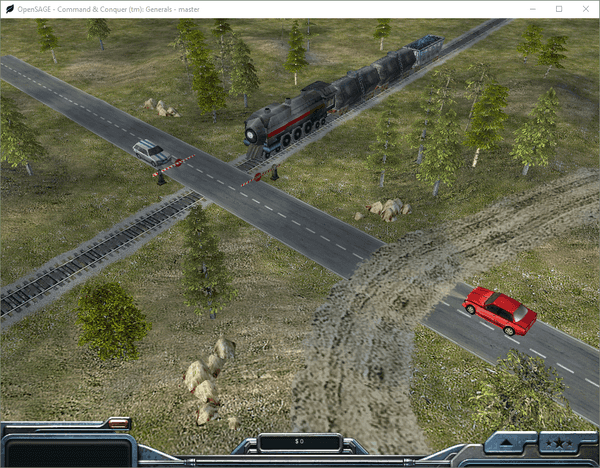